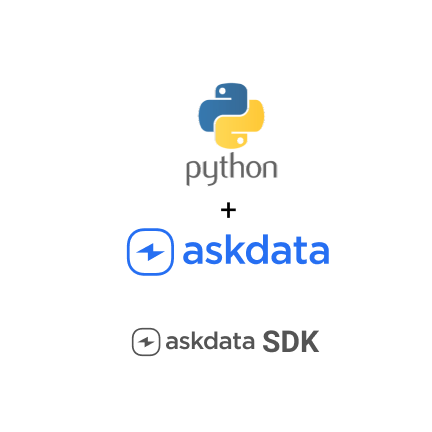 Askdata Python SDK is out!

We are excited to announce the public beta of the Askdata Python SDK, the first version of our Python community-driven open source projects. This announcement is the first of several announcements we will make over the next couple of weeks regarding the opening of our platform as a public self-service platform for data innovators.

You can test-driven the SDK using this ready-to-go Colab: Askdata Colab Notebook Quickstart

More examples can be found inside the Askdata Examples Repository.

Why releasing an SDK now

We are rewriting all the SDKs from scratch, we wanted to give a common version to all of them this time. The new SDK is released after a long gap since the initial releases and is significantly different in terms of features and performance.

We recommend you use the new version of the SDK as this is the only version where the new features will be added going forward.

Report any feedback or problems with this beta version by opening an issue on Github.