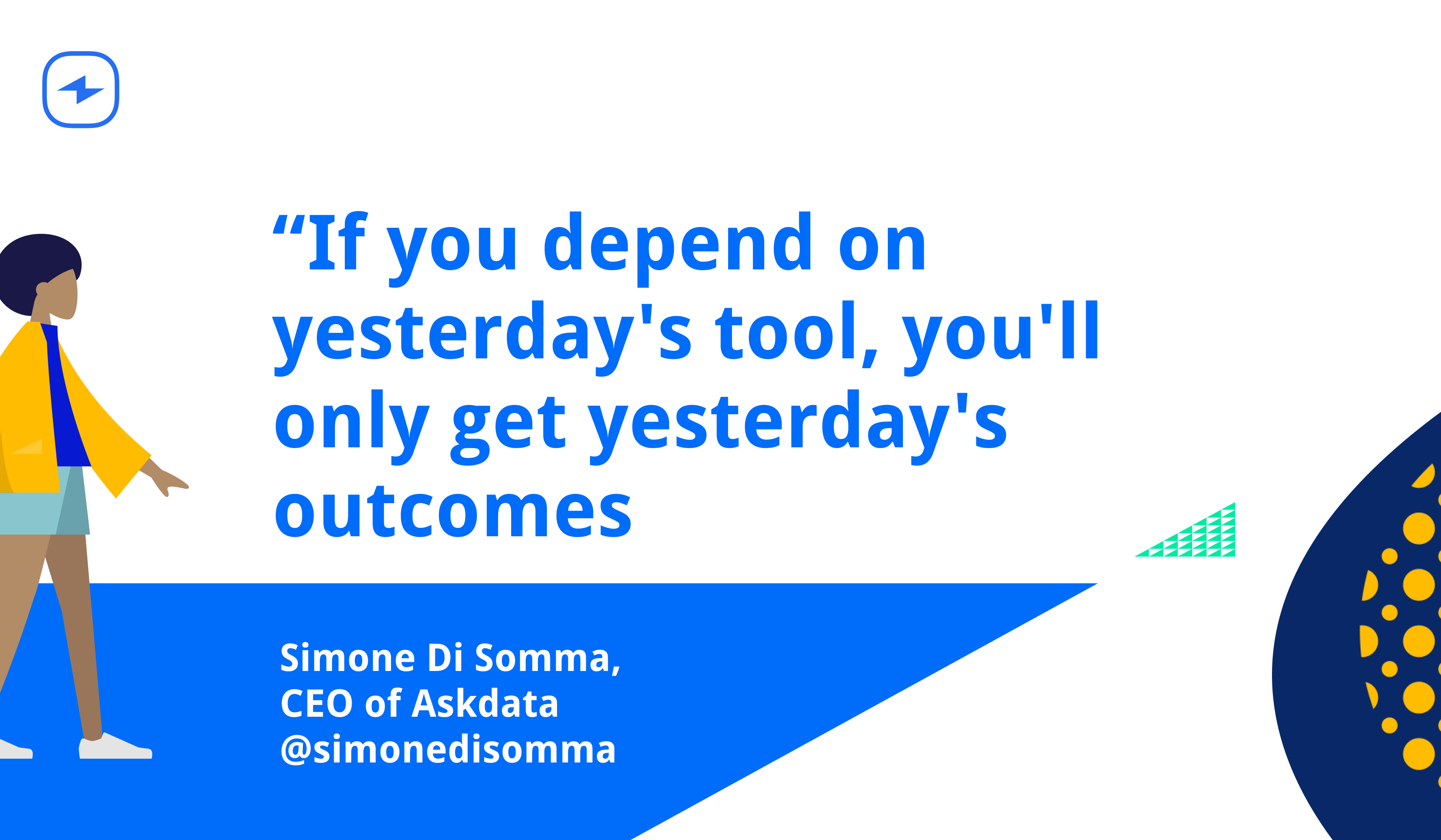 Why Companies Fail to See ROI on Their Business Intelligence Platform

Your top-dollar business analytics software might be more bark than bite. It’s only when that platform delivers you meaningful insight about your work that it actually begins to pay for itself. It’s easy for companies to get swept up in the oohs and ahhs of powerful data visualization software that makes pretty graphs, but the investment in that software too rarely translates into a difference-making return.

You mostly just get a lot of data instead. You can hire specialized data scientists to interpret it for you, but this comes with costs of time and money. Not only must you build some familiarity with data science in order to understand what these people tell you, but you’ll pay them for their own expertise to do so. There’s a one-two punch about it, and circumstances seem to conspire against bottom-line justifications of expenses related to a business intelligence platform.

It’s not always easy to see the connecting lines between money spent on software and increased overall business revenue because it doesn’t happen so often. Here are four main reasons that companies fail to see an ROI on their business intelligence expenses.

They already depend on legacy technology

Let’s face it: digitally transforming an entire company can take a long time. Companies depend on incumbent software because that’s what the employees already know and are already familiar with. But if you depend on yesterday’s tools, you’ll only get yesterday’s outcomes.

It’s important to remember to leverage the number of sophisticated products designed to be layered on top of these older systems. These allow for interaction with the data that’s already being collected, but can work with that data far more gracefully by bringing modern functionality to potentially clunkier systems. Be on the lookout for upgrades!

Data doesn’t get a lot of visibility within the company.

Data is a type of power, and it tends to be concentrated near the top. High-level managers surely understand the state of a company’s playing field better than an individual salesperson would. But what if these people at different ends of the totem pole knew more about each other’s goals and concerns?

They’d only need access to each other’s relevant data in order to think in new terms. Outcomes are only improved when business data moves freely through an organization. It’s like a universal language that keeps employees and managers on the same page. The more employees engage with data, the more often they get to make a data-backed decision.

In simplest terms, the companies designing this specialized software rather often do not excel at making it especially accessible to the layperson. This software is often created with experts in mind, and there’s not a lot of empathy involved for casual users without a data science certification. But harsh software user experiences are too closely related to that software being unusable.

In 2019, there is more demand to create apps than there are resources to develop them thoughtfully.

So major enterprise apps might commonly be squeezed through a team behind on time and resources, leaving the finished product less than totally usable. This is the design flaw known as SaaS abandonment — clunky interfaces by overworked developers that make the larger system unfriendly to use. And how are you going to get a return on something that’s unfriendly to use?

“Business intelligence platform” sounds like such a worthwhile expense, but companies tend not to get tactical about what happens after they spring for it. Yes, these platforms let you keep a finger on the figurative pulse of your industry and the health of your business. They offer a vantage point that’s useful for considering the world of raw numbers: what input in the real world generates the most desirable business outcome? But companies would do better to ask the harder question first: why are they spending for access to data in the first place? It’s not that the numbers themselves that are so useful, but what people do with those numbers.

Depending on how technical or high-level that information is, it might make sense to hire an expert for specialized interpretation, or to instead share that data with everyone in the company. As businesses embrace the power of their own data, they make themselves stronger and more robust against the future.

Big data projects might commonly promise amazing rewards and benefits from using their product, but profitability ultimately depends on your accounting methods. As you start thinking about the relationship between your business’s data and your business’s money, remember that a lot of data analytics platforms are technical — you may have to put time and training (and potentially even consumer relationships) under consideration as you shop intelligence platform options.

Just make sure you pick something that’s more bite than bark.

About the author: Simone Di Somma is the CEO and Founder of Askdata. Our mission is to remove the cognitive friction between humans and data. AskData empowers humans to interact with data in the most natural way: through natural language.